Photos: Beautiful Moments From Day One Of #AFCON2021

Full list: 15 clubs qualify for UEFA Champions League Round of 16

#PSGMCI: Lionel Messi Celebrates As He Scores His First Goal for PSG

D’Tigress lose to US in pre-Olympic exhibition 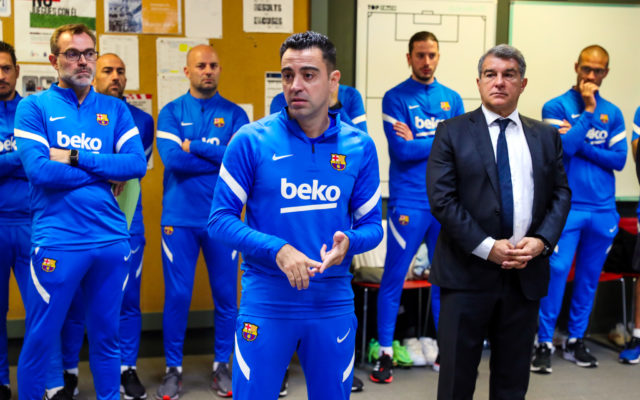 Barcelona’s new coach, Xavi Hernandez, took charge of his first training session with the players who were not on international break with their respective countries.

The Barcelona legend officially signed his contract with the Calatans on Monday, November 8th, 2021, 10,000 supporters witnessed the signing of the contract. Xavi called on the supporters to stick by the club during the good and bad times, explaining that they are in bad times, financially and during football games.

I am thankful to the club, the fans, we are the best club in the world and we are going to work and try to win many titles. I also want to say a lot of things to the supporters. We need you. We are in a bad moment, financially and football-wise.

The Barcelona legend was appointed following the sacking of Dutchman, Ronald Koeman, after back-to-back defeats against Real Madrid and Rayo Vallecano in back-to-back league games.