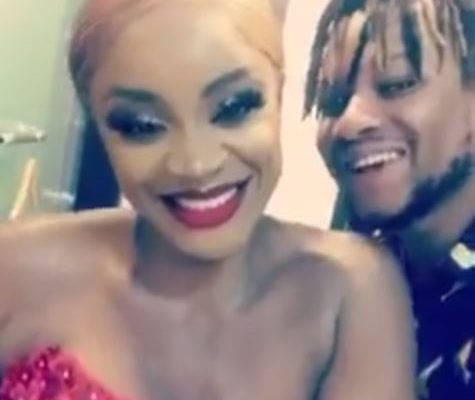 Heavily-pregnant actress, Uche Ogbodo has taken to Instagram to show off her baby daddy, Bobby Maris, barely a week after his identity was unveiled online.

Recall that the actress broke down in tears on social media after she was dragged for dating a younger man.
She explained that Bobby makes her happy, unlike her previous “abusive relationships” with older men.

Uche, who is obviously proud of her man, has now shared a loved-up video of herself and her man as they bantered playfully. According to her, the night the video was filmed was probably when her baby was conceived because of the rigorous s£x.

She wrote, “This must be the night Bunny was Conceived immaculately Cos the stress was memorable.”

Her baby daddy also took to the comment section to express his undying love for her.

He commented, “Even In my next world I will still keep on loving you baby.”

Watch the video below,

US rapper, T-Pain apologizes to DJ Cuppy, Juliet Ibrahim, Phyno, and other celebrities